An Act of Surprise and Delight - Martha's Vineyard Times 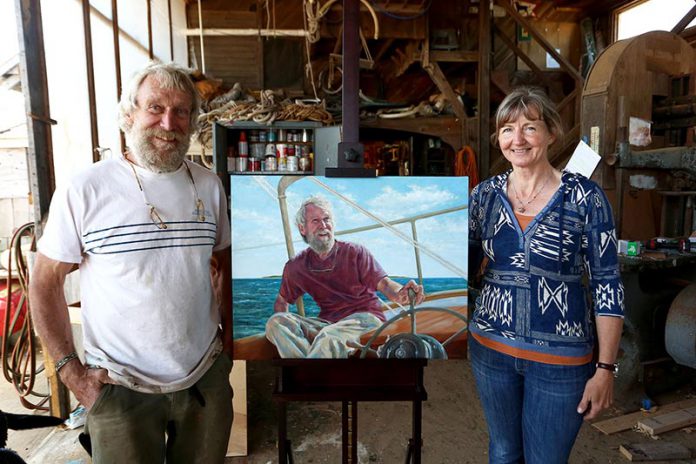 June 10, 2015 - Gwyn McAllister
"Last Thursday, artist Elizabeth Whelan presented boatbuilder Ross Gannon with his portrait during a public unveiling at the Gannon & Benjamin Shipyard in Vineyard Haven. It was the very first time that Mr. Gannon was seeing the painting, an image of the boatbuilder at the helm of his wooden sloop Eleda, clearly relaxing and enjoying a sail on a beautiful Vineyard day.
“I was shocked at the likeness,” says Mr. Gannon. “I didn’t know what to expect..." READ MORE